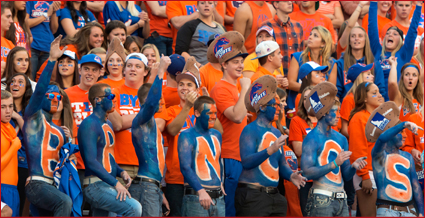 KBOI, KTIK to Continue to Carry Broncos’ Programming for Fans

“We are proud to renew our partnership with a great brand like Boise State,” said Cumulus Regional Vice President Don Morin. “We are going to continue to deliver the highest level broadcast that the university deserves and that Bronco fans have grown to expect.”

“Our Bronco Radio Network is a critical exposure and connection point for our programs, and Cumulus owned stations are at the heart of that,” said Boise State’s Executive Director of Athletics Curt Apsey. “When you think of Boise State athletics, the call letters KBOI as our flagship station are synonymous as a long standing media partner.”

About Cumulus Media
A leader in the radio broadcasting industry, Cumulus Media combines high-quality local programming with iconic, nationally syndicated media, sports and entertainment brands to deliver premium content choices to the 245 million people reached each week through its 446 owned-and-operated stations broadcasting in 90 U.S. media markets (including eight of the top 10), approximately 8,000 broadcast radio stations affiliated with its Westwood One (WON) network and numerous digital channels. Together, the Cumulus/Westwood One platforms make Cumulus Media one of the few media companies that can provide advertisers with national reach and local impact. Cumulus/Westwood One is the exclusive radio broadcast partner to some of the largest brands in sports, entertainment, news, and talk, including the NFL, the NCAA, the Masters, the Olympics, the GRAMMYs, the Academy of Country Music Awards, the American Music Awards, the Billboard Music Awards, Westwood One News, and more. Additionally, it is the nation’s leading provider of country music and lifestyle content through its NASH brand, which serves country fans nationwide through radio programming, exclusive digital content, and live events. For more information, visit www.cumulus.com.