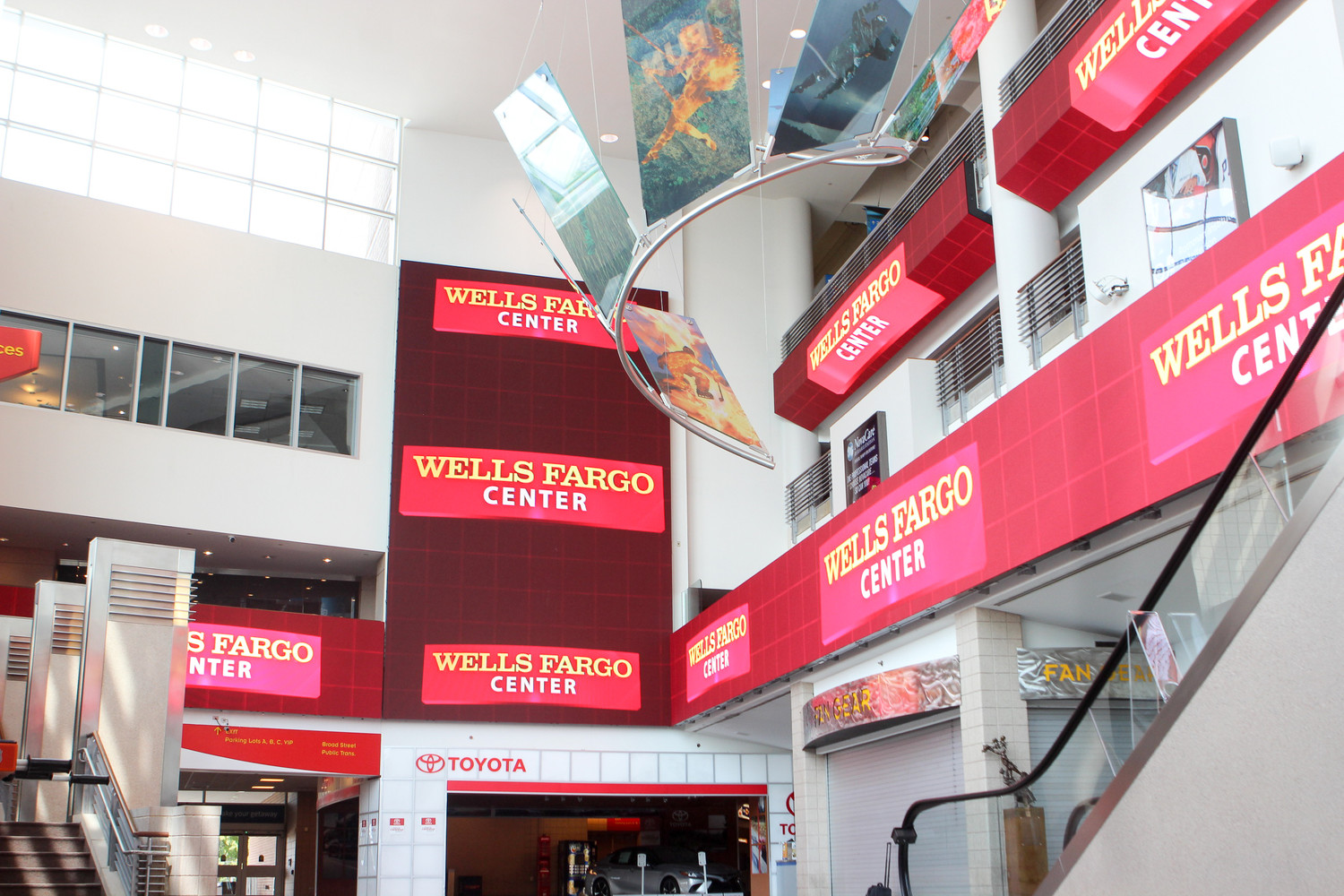 “While we strive to continuously transform events into experiences for our fans, we are fortunate to have great partners in ANC and Aramark, as well as all of our tenant teams that are equally committed to providing the ultimate fan experience,” said John Page, President, Wells Fargo Complex.

“Throughout our 15-year partnership, the Wells Fargo Center has demonstrated the initiative to be a transformative technology leader, utilizing ANC’s technology upgrades to offer endless opportunities for fan engagement and sponsor promotion,” said Jerry Cifarelli, President & CEO, ANC. “This new immersive experience puts the arena at the forefront of venue technology, leading the way with a seamless synchronization of digital technology.”

The most recent venue enhancements include a complete digital media transformation including state-of-the-art LED digital technology displays throughout the arena’s most highly trafficked areas. Highlights of the Wells Fargo Center’s ongoing partnership with ANC include: