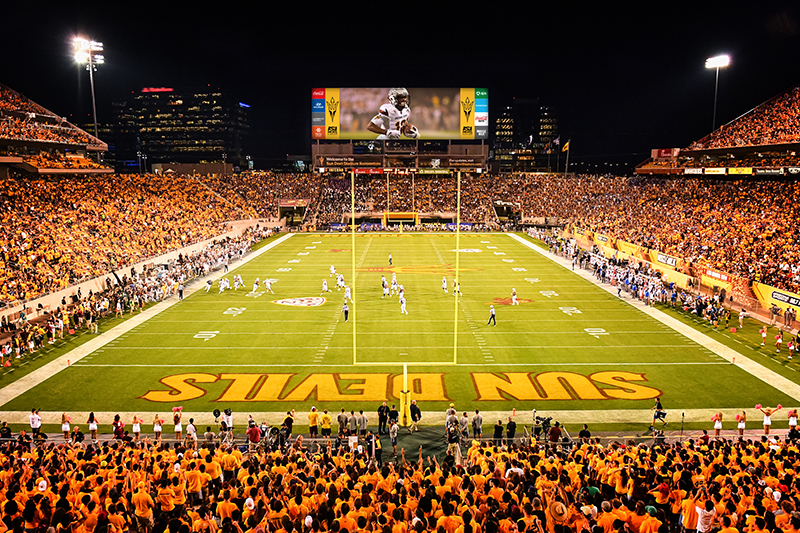 ANC’s 16mm display in the North Endzone will be in the top 10 of the largest displays in College Football, measuring 47.24’ high by 113.39’ wide and with brightness levels exceeding 9,500 nits. The board will feature high-definition replays, real-time statistical updates, and increase fan engagement with interactive graphics and videos.

“Over the past three years, Sun Devil Stadium has gone through several upgrades, including improvements to stadium seating and upgrades to various facilities throughout the stadium,” said Arizona State University Vice President for University Athletics Ray Anderson. “This new video display system will help us elevate the fan experience and allow us to increase the number of events hosted in the stadium throughout the year, in addition to football.”

Over a multi-year period, ANC will create content for and operate the displays during live events, including all Sun Devil football games. ANC’s award-winning operating system vSOFT will also be used to manage content on all displays throughout the stadium. It is one of the only systems that enables playback of uncompressed video, the purest content possible.

“We are proud to once again partner with Arizona State University on a new main video display for Sun Devil Stadium,” said Jerry Cifarelli, President and CEO, ANC. “Sun Devil Stadium is known throughout college sports for its electric game day environment and the addition of this new display will help enhance the game day experience for ASU students, alumni, and fans.”