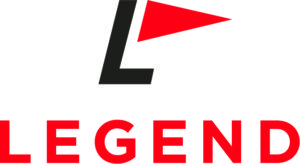 It’s been rewarding for us to recognize Learfield IMG College Legends – employees who consistently perform at a high level and who exemplify the company’s high expectation for delivering outstanding customer service while upholding our core values. Legends are nominated by others from within the company and demonstrate proficiency in responding to customer needs and finding solutions for improving company performance.

Additionally, the late Charlie Peters, VP Technical Operations and Chief Engineer, was named a Legend in 2014, the same year of his untimely death. Peters began his 30-year career joining Learfield in 1984. In 2015, the company renamed its operations center in Jefferson City, Mo. as a tribute to his dedication over three decades. The Charlie Peters Operations Center serves as the hub of radio broadcasts nationwide, providing production, distribution and technical support for over 100 collegiate partners across the U.S. and is a meaningful reminder of his legacy with us.