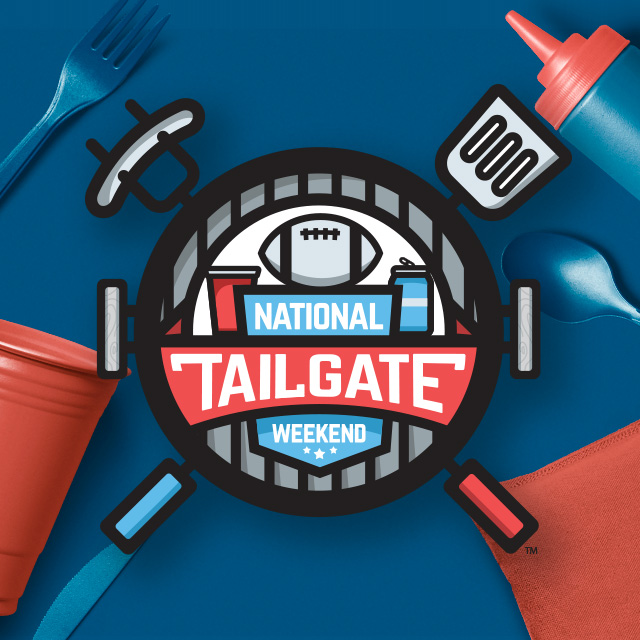 National Tailgate Weekend returns for another year on October 7-8, 2017. The annual holiday, which made its debut in Fall 2016, was created to give college football fans a proper platform to celebrate a favorite pastime: tailgating. In only its second year, more than 600 schools across the country are set to participate in the annual holiday. Leading up to the weekend, Chef Capon will be providing tailgating tips, sharing his favorite recipes and will host the official National Tailgate Weekend party at Purdue University as they take on conference rival, University of Minnesota.

“Tailgating is truly one of my favorite things, there’s nothing better than grilling and hanging out in a parking lot before the big game or even a concert,” says Josh Capon. “Several years ago, I formed a tailgate themed fundraiser called ‘The Tailgate with a Cause,’ and we’re pleased to share that, moving forward, the charity will become the official charity of National Tailgate Weekend and we thank Learfield for their generous donation.” adds Capon.

Chef Capon will share tips, recipes and demonstrations via National Tailgate Weekend’s website and social media channels. The website will constantly evolve with new content and will provide visitors with links to retailers, products, tailgate tips and more. All social media will be anchored with #nationaltailgate.

“Simply put, Josh is the king of the tailgate. We couldn’t be happier to have him on board with National Tailgate Weekend,” says Eric Johnson, COO of Learfield Licensing. “Josh is an expert behind the grill and has a true passion for all things tailgating. We look forward to kicking this relationship off and sharing his tailgating tricks of the trade and recipes leading into the official weekend.”

For 2017, in addition to confirming more than 600 schools to participate and a celebrity chef, a number of retailers (including Amazon, Follett, Barnes & Noble, Rally House, Scheels, and LIDS, etc.) and several licensees (including Wincraft, LogoBrands, Victory Tailgate, Tervis, Boelter Brands, Top of the World, etc.) will partake in the holiday. This year, the focus has been on creating content and extending the reach of the holiday via curating a group of leading licensees and retailers.

ABOUT NATIONAL TAILGATE WEEKEND
Before the seats are filled, the coin is flipped or the ball is kicked off, the real gameday experience begins when thousands congregate to pay respect to their beloved team through the timeless tradition of tailgating. Founded and created by Learfield Licensing Partners in 2016, National Tailgate Weekend is an annual holiday that celebrates tailgating. For fans across the country, tailgating is just as important as gameday as the actual game. It provides fans opportunities to showcase their school spirit in some of the most fun and creative ways. Looking to celebrate the rabid fanbases of college football’s love of tailgating, Learfield Licensing Partners developed the holiday and will be celebrated annually during the first weekend in October.

ABOUT CHEF JOSH CAPON
Josh Capon is the seasoned executive chef and partner behind Lure Fishbar, B&B Winepub, El Toro Blanco, and Bowery Meat Co, in New York City’s stylish Soho and Bowery neighborhoods. He became executive chef of Lure Fishbar in 2004 and in 2010, owners John McDonald and Joshua Pickard asked Capon to partner with them in their newest restaurant, B&B Winepub. Capon is the five-time winner of the People’s Choice award at the New York City Wine Festival’s Burger Bash event for his “Bash-Style” burger, a juicy patty topped with American cheese, pickles, caramelized onions and bacon jam. He has appeared on numerous television shows including The Chew, Rachel Ray Show, Live with Kelly and Michael, CBS Early Show, TODAY and Food Network and has been featured in The New York Times, New York Magazine, Time Out New York and other media outlets.

ABOUT LEARFIELD LICENSING
Learfield Licensing Partners is a world-class licensing firm whose services and success align perfectly with Learfield’s history, strength and reputation within the industry. We strive to provide the best practices and strategies in the industry to properly protect and promote our clients’ brands, and couple that with new resources and strategies for growth with help from Learfield, which has a deep presence in the college athletics landscape. Learfield manages the multimedia and sponsorship rights for more than 125 collegiate institutions, conferences and arenas, and supports athletic departments at all competitive levels as title sponsor of the Learfield Directors’ Cup. For more than four decades, Learfield has connected brands to the excitement, passion, tradition, fun and fans of college sports and now leverages multiple platforms and partnerships through distinct offerings through its affiliated companies.