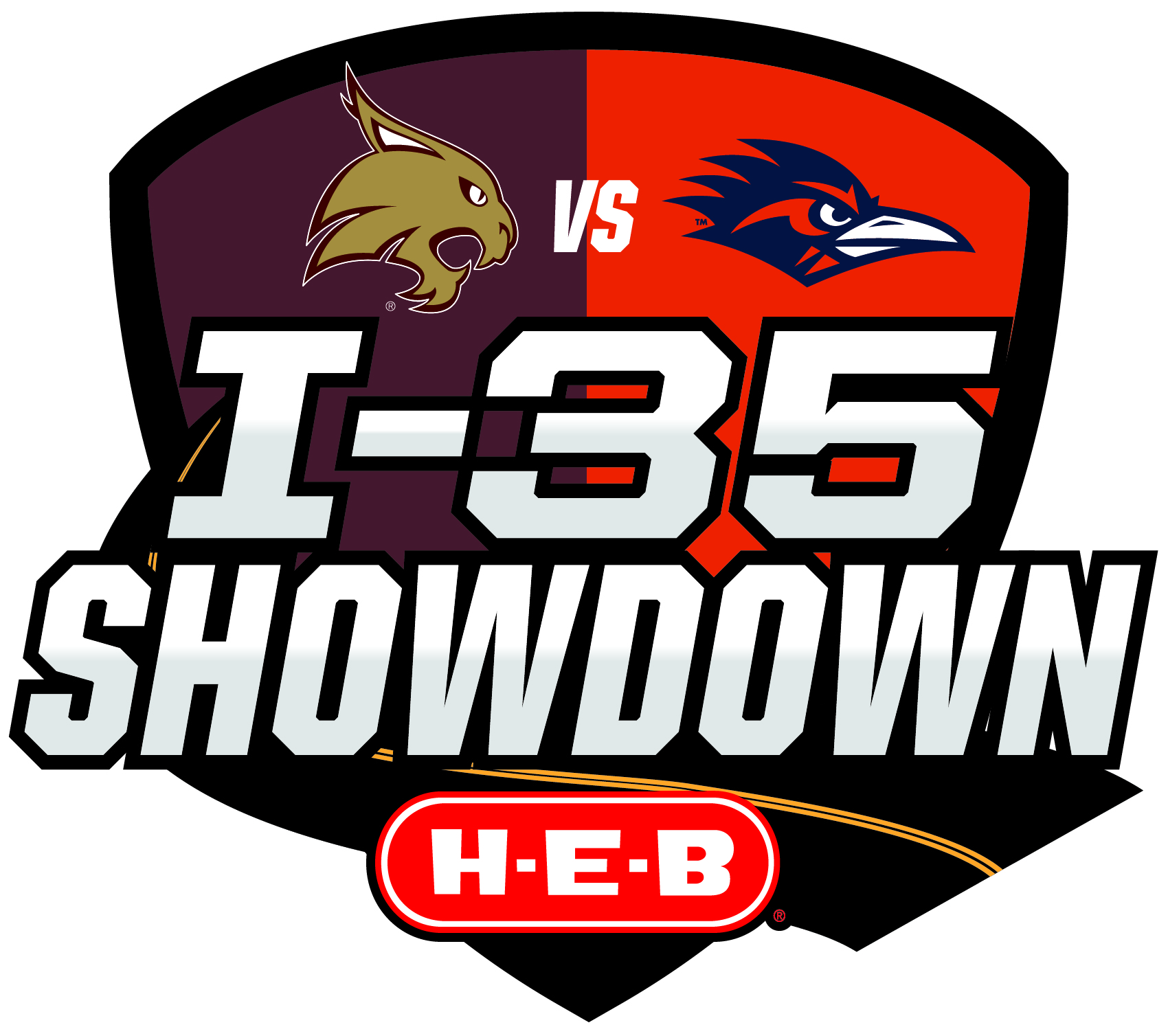 H-E-B, Texas State and UTSA announced jointly on Tuesday that the home-and-home football series between the two schools for the 2017 and ’18 seasons will be branded as the H-E-B I-35 Showdown.

The Bobcats and Roadrunners, whose San Marcos and San Antonio campuses are separated by less than 55 miles, including 33 miles of I-35 roadway, will meet for the first time in nearly five years on Saturday, Sept. 23, at Bobcat Stadium in San Marcos. The two teams will face off again on Sept. 22, 2018, at the Alamodome in San Antonio.

“We’re thrilled that H-E-B has become the title sponsor for the I-35 rivalry football games between UTSA and Texas State,” UTSA Associate Vice President/Director of Athletics Lynn Hickey said. “No matter the sport, both fan bases always show up in strong support when the Roadrunners and the Bobcats get together on the playing fields. This newly-branded name for the football games this season and next will only add to the rich history between the two schools.”

“It is great to have H-E-B supporting the I-35 football series between Texas State and UTSA,” Texas State Director of Athletics Larry Teis said. “H-E-B has a great relationship with the state of Texas and both universities. We have continued to play UTSA in other sports and the rivalry is strong for our student-athletes and fans.”

This season’s game will be a matchup between second-year head coaches in UTSA’s Frank Wilson and Texas State’s Everett Withers.

The Roadrunners claimed the only other contest between the two teams, earning a 38-31 victory over the Bobcats on Nov. 24, 2012, at the Alamodome.