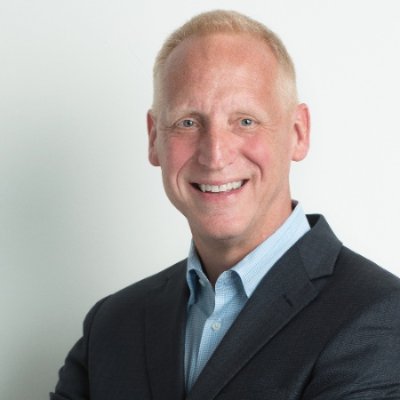 Glenn will relocate to Louisville from the Dallas-Fort Worth, Texas area where he has resided for the past 20 years. Most recently he was chief marketing and revenue officer for Predictive Fitness, LLC, an AI-based start-up in the endurance sports space. Prior to that, he served nearly nine years with The Marketing Arm, a division of the Omnicom Group, where in his most recent role as senior vice president he led sports sponsorship and entertainment platforms for blue-chip brands such as Wells Fargo and HP. Glenn also launched the Dallas agency’s first insights and analytics practice and co-founded the nationally known DBI, the industry’s first brand-focused ranking index for celebrity/sports evaluation and endorsements.

Additionally, Glenn served over 17 years with GTE/Verizon, where he was integral in leading the brand’s national sponsorship strategies in the sports space and pioneering sponsorship of college football coaches’ headsets. Through much of his professional career, Glenn also has served as an adjunct professor for Baylor University’s S3 Program, SMU’s Graduate Sport Management and Temerlin Advertising Institute Programs and the University of Dallas Graduate College of Business. For 12 years, he has been a member of the Sports Sponsorship and Sales Advisory Board for Baylor University and also served 11 years as a member of the Sports/Entertainment Advisory Committee for the University of Dallas.

“It’s an honor to be associated with such an elite and powerful brand in collegiate athletics as well as a premier sports and entertainment venue in the KFC Yum! Center,” said Glenn. “I look forward to helping companies realize the immense value these properties can offer brands in furthering their business.”

“Louisville is a significant market for us, and we’ve developed excellent relationships among local, regional and national brands that often want to align with both the University of Louisville and the KFC Yum! Center. By combining our sales efforts in that particular market under a more comprehensive effort, we feel we can have a bigger impact as a unified solution for partners,” said Learfield Senior Vice President Andrew Wheeler. “We’re excited to have Bill on board as we broaden our objectives and strategies in Louisville. His business acumen and experience will be a tremendous asset as we continue to deepen our partner relationships in the Commonwealth.”

An industry leader for more than four decades, Learfield has a deep presence in the college athletics landscape nationwide managing more nearly 130 collegiate relationships across the country. It also supports athletic departments at all competitive levels as title sponsor of the prestigious Learfield Directors’ Cup. Learfield also provides its collegiate partners access to professional concessions and ticket sales; branding, licensing and trademark consulting; digital and social platform expertise; campus-wide business and sponsorship development; and venue and technology systems through its affiliated companies.