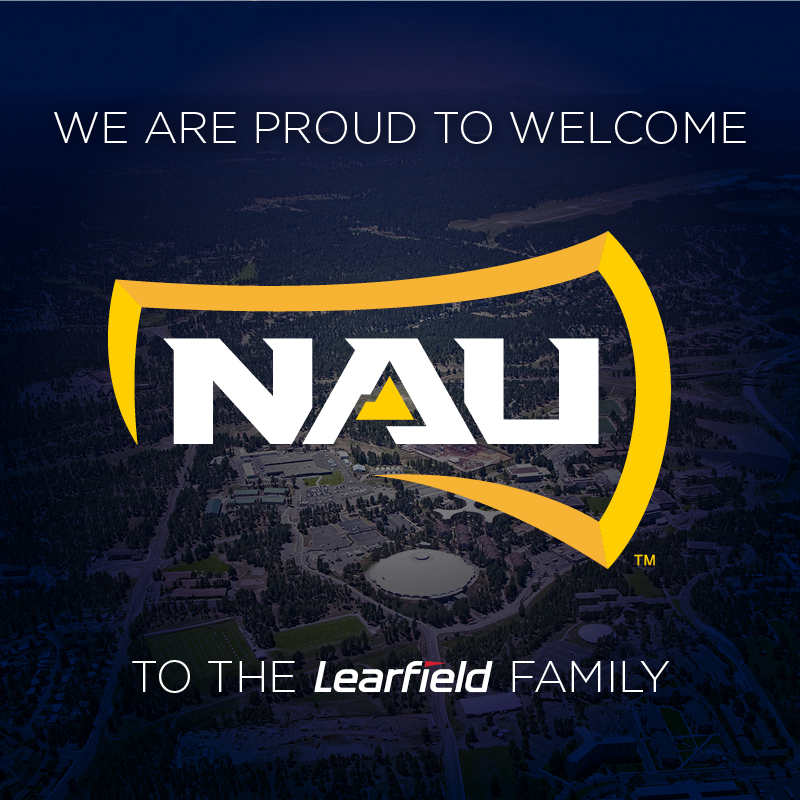 FLAGSTAFF, Ariz. – Northern Arizona University Athletics has selected Learfield as its comprehensive multimedia rightsholder for the next 10 years, concurrent with the start of the 2017-18 athletic season.

Todd Wyard, who has been serving as NAU Associate Athletics Director for Marketing and Sales since July 2013, will immediately transition to the new on-campus team Learfield is establishing under the name NAU Lumberjack Sports Properties. As General Manager, Wyard will serve as lead Learfield liaison with the athletics administration, as NAU Lumberjack Sports Properties will solely represent the university and manage the corporate partner program, signage, digital, television and radio broadcasts and coaches’ shows. Wyard has been embedded in the collegiate sports marketplace for 17 years, including serving three years as Associate General Manager for the Arizona State Sun Devils rights partner prior to joining NAU.

“NAU Athletics is excited to partner with Learfield. Our new partnership will help to continue enhancing NAU’s corporate sponsorship and gameday atmosphere,” said NAU Vice President for Intercollegiate Athletics Dr. Lisa Campos. “Their commitment to personalized service and brand awareness is tremendous. Learfield has a deep presence in college athletics and Lumberjack Country is thrilled for it to begin.”

With the addition of NAU, Learfield now holds individual rights agreements with nine members of the Big Sky Conference, as well as the conference itself. Eastern Washington, Idaho State, Montana, Montana State, North Dakota, Sacramento State, Weber State, Idaho (non-football) and Cal Poly (football) are rights partners of the Texas-based collegiate marketer, which has been a leader in college athletics for over 40 years.

“We are excited to have the opportunity to work closely with the Lumberjacks and to be able to have Todd lead our team there, as someone who obviously has an affinity with the school and is deeply rooted in the community,” said Learfield President and CEO Greg Brown.

According to NAU President Dr. Rita Hartung Cheng, “Learfield is a respected partner of college athletics at the national level. The advancement of our brand through their multi-media rights and sponsorships will elevate the recognition of and support for our athletic programs and our campus community.”

Northern Arizona University, located in the high country mountains of northern Arizona, Flagstaff sits beautifully at 7,000 feet elevation. Northern Arizona University Athletics prides itself in providing student-athletes with an exceptional experience culminating in graduation. A member of the Big Sky Conference, NAU sponsors 15 NCAA Division I level athletic programs and is home to the 2016 NCAA National Champion Men’s Cross Country team. The Lumberjacks bring positive national exposure to NAU and the community, while volunteering over 5,000 hours of community service each of the last three years.

Learfield manages the multimedia and sponsorship rights for more than 125 collegiate institutions, conferences and arenas across the country, and supports athletic departments at all competitive levels as title sponsor of the prestigious Learfield Directors’ Cup. Learfield also provides its collegiate partners access to professional concessions and ticket sales; branding, licensing and trademark consulting; digital and social platform expertise; campus-wide business and sponsorship development; and venue and technology systems through its affiliated companies.