In an effort to elevate its presence in the community and support cause-worthy initiatives, Middletown-based People’s Credit Union will donate $10 for every 3-point made by URI at all home Rhody Rams’ men’s basketball games. Those monies generated by the “People’s Credit Union 3 Point Co-Op Shot” will go directly to the university’s College of the Environment and Life Sciences Cooperative Extension 4-H program, ultimately benefitting young people throughout the state of Rhode Island. URI’s program provides hand-on experiential learning opportunities to boys and girls ages five to 18, supporting the 4-H broader mission focusing on science education, healthy lifestyles and citizenship.

“People’s Credit Union is thrilled to support Rhody Rams men’s basketball with our sponsorship of the ‘People’s Credit Union 3 Point Co-op Shot’ to benefit 4-H programs for kids throughout the state,” said President and CEO Ellen Ford. “Through URI’s Cooperative Extension, 4-H programs empower young people with leadership skills. Grown from cooperative roots and as one of the oldest banking co-ops in Rhode Island, People’s Credit Union is proud to partner with URI’s 4-H program, which shares our philosophy of people helping people. We’re also looking forward to an exciting season of Rhody Rams basketball and know that every Rams’ 3-pointer made at the Ryan Center will be a win-win.”

According to Associate Dean Dr. Deborah Sheely, who oversees the extension programs in the College, “URI Cooperative Extension and the 4-H Program are excited about the ‘People’s Credit Union 3 Point Co-op Shot’ and are grateful to have been identified as beneficiaries. We’ll be cheering hard for the Rams this season and look forward to investing the donated funds into programs that strengthen Rhode Island’s young people.” 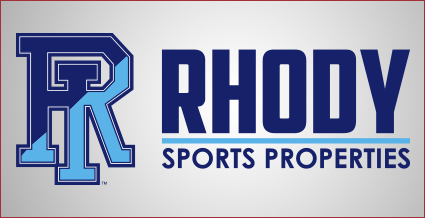 “We continually strive to find corporate supporters who want to align with the URI brand in any number of creative, innovative ways, and People’s Credit Union is a great example as they looked for this affinity with URI – it’s campus community, fans and student-athletes – and do it in such a way that they could elevate their community and philanthropic efforts,” said Daryl Jasper, general manager for Rhody Sports Properties. “We welcome People’s Credit Union to the Rams’ corporate partner family and look forward to a tremendous basketball season and thank them for dedicating resources to university 4-H programming.”

Rhody Sports Properties is Learfield’s local team in Kingston, R.I. An industry leader for more than four decades, Learfield has a deep presence in the college athletics landscape nationwide. In addition to URI, it manages the multimedia and sponsorship rights for 120 collegiate institutions, conferences and arenas, and supports athletic departments at all competitive levels as title sponsor of the prestigious Learfield Directors’ Cup. Learfield also provides its collegiate partners access to professional concessions and ticket sales; branding, licensing and trademark consulting; digital and social platform expertise; campus-wide business and sponsorship development; and venue and technology systems through its affiliated companies.